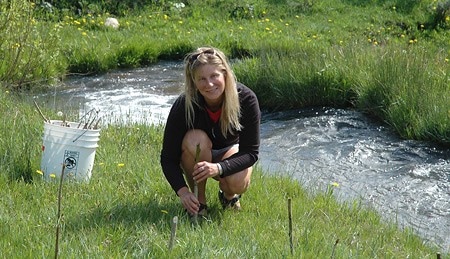 Dr. Phaedra Budy is the co-head of the lakes group for the ARC-LTER at Toolik, Unit Leader of the U.S. Geological Society, Utah Cooperative Fish and Wildlife Unit as well as a Professor of aquatic ecology and fisheries management in the Department of Watershed Sciences at Utah State University.  Phaedra and her lab’s research fits into an overall framework of evaluating the factors (such as humans and climate change) that structure and limit fish populations in both lentic and lotic systems. Broadly, this research deals with conservation biology, invasion ecology, and food web dynamics of aquatic systems with an emphasis on fishes. Her research covers a wide geographical range including almost all of Utah, Oregon and Washington, Texas and Alaska and includes many species of salmonids, imperiled native desert fishes, and numerous warm water lentic fishes. http://www.usu.edu/fel/ 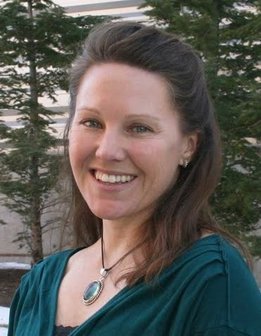 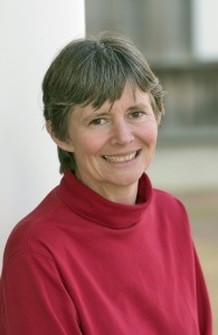 Dr. Anne Giblin is a senior scientist and Interim Director within the Ecosystems Center at Marine Biological Laboratories in Woods Hole, MA. Her major research interest has been on the cycling of elements in the environment, especially the biogeochemistry of nitrogen, sulfur, iron, and phosphorus. Much of her work has been focused in soils and sediments where element cycling takes place under different conditions of oxidation and reduction. A major theme of her research has been to examine how sediment processes either ameliorate or augment the effects of anthropogenic inputs of elements to ecosystems. Much of her research, has focused on the nitrogen cycle and has been centered on understanding how ecosystems respond to high nutrient inputs from wastewater and fertilizer. However, increasingly she has been more focused on climate change and she is  currently examining how sea level rise is altering nitrogen and carbon cycling in marshes estuaries; and how warming is altering nitrogen cycling in arctic lakes.
http://www.mbl.edu/ecosystems/faculty/giblin/ 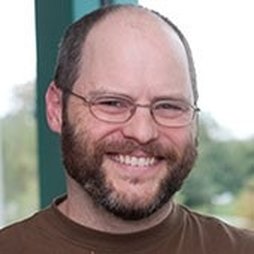 Dr. Byron Crump is a professor of Ocean Ecology and Biogeochemistry at Oregon State University. His specialties in research include aquatic microbial ecology in marine, estuarine and freshwater ecosystems, bacterial and archaeal biogeography, organic matter and nutrient cycling, microbial food web structure, composition and development of microbial communities, and the influence of hydrodynamics and particle cycling on microbial activity.
http://people.oregonstate.edu/~crumpb/ 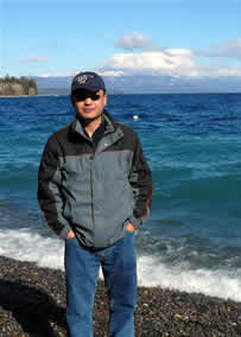 ​Dr. Jin is an associate professor in the Department of Watershed Sciences at Utah State University. His research includes: regional weather and climate modeling and analysis, hydrological modeling, and the interactions between the land surface and the atmosphere. He is involved in the modeling portion of this project. 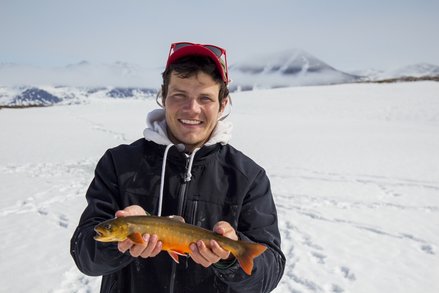 I (Nick Barrett) am a PhD student in the Department of Watershed Sciences at Utah State University (advised by Dr. Phaedra Budy). My research interests lie broadly within the fields of aquatic ecology and ecosystem functioning. More specifically, I am interested in food web dynamics and how outside forces, such as a changing climate and anthropogenic influence, can modify interactions between organisms and their resources. I began at Utah State University in March 2017 after finishing my Master’s degree at Miami University (OH) and my undergraduate degree at Lawrence University (WI). Picture: medium sized Arctic Char caught while ice-fishing at Toolik (May '16). 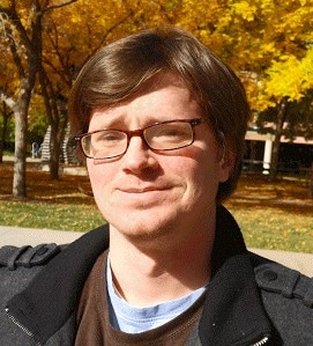 Thomas is a M.S. student on this project in the Department of Watershed Sciences at Utah State University (co-advised by Dr. Jiming Jing and Dr. Sarah Null). Thomas's research efforts related to this project include using field data and computer simulation to predict arctic lake temperature change and aquatic ecosystem response to climate warming. He began his research in August 2016 after completing his undergraduate degree at University of Florida State.
https://qcnr.usu.edu/wats/people/graduates/balkcom_thomas 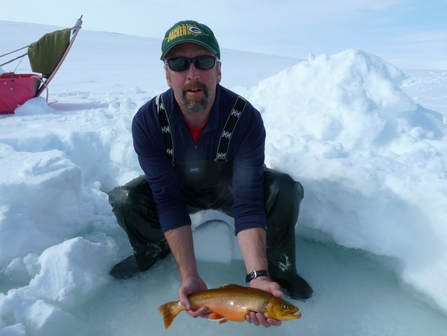 Gary Thiede has been working as a senior researcher in the Fish Ecology Lab at Utah State University since 2001.  Gary received his MS degree in fish ecology at USU working on Lake Trout energetics in Lake Tahoe, and has a BS degree in zoology from the University of Wisconsin in Madison working in The Center for Limnology.   Gary’s current research interests lie in studying predator-prey interactions in fish communities, particularly the impacts of nonnative fishes on food webs and the effects of increased lake temperatures on trophic dynamics. Gary’s primary role in this project is to participate in on-going field monitoring, facilitate lake warming logistics, and assist with on-the-ground implementation of the actual lake warming. 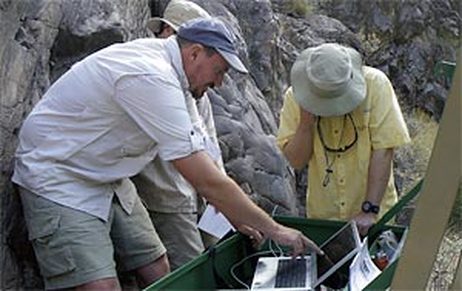 Peter MacKinnon is a researcher in the Fish Ecology Lab at Utah State University, and a project manager at Biomark Incorporated in Boise Idaho.  Peter got his MS degree in ecology at USU in 2006 studying arctic grayling ecology in arctic rivers and lakes near the Toolik Field Station. Peter is originally from the Cape Town area of South Africa, and currently lives in Logan, Utah with his family.   His current expertise is in designing and engineering fish detection equipment and stations across the USA and the world.  Peter’s primary role in this project is to plan, facilitate, and implement the actual lake warming logistics on the ground; getting the pumps, generators, heaters, and propane to provide heated water to both lakes. 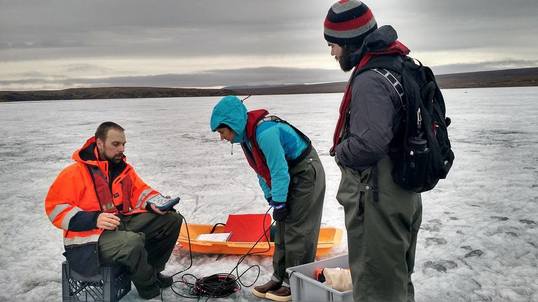 ​Dan White is the Senior Research Assistant for the Lakes group of the Arctic LTER Program based out of the Marine Biological Laboratory in Woods Hole, MA. His research experience includes investigating the biogeochemical cycling of nutrients in lakes and streams, the evaluation and monitoring of invasive aquatic organisms, evaluation of BMP's on agricultural watersheds, and the role of food web interactions in the fate of industrial pollutants within aquatic food webs. He is currently responsible for managing fieldwork and laboratory analysis examining biological, chemical, and physical properties of arctic lakes. Duties include training and supervising field and lab technicians, managing logistics, implementing proper methodologies, and assuring the quality and integrity of the resulting data. He has been involved in aquatic research for nearly two decades and received is MSc in Environmental Science from SUNY Brockport in 2005. 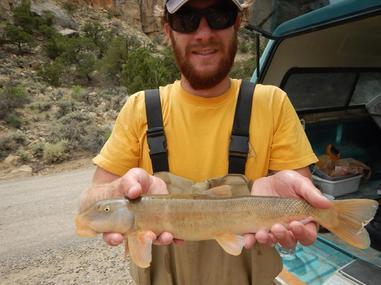 Thomas Hafen is a senior at Utah State University majoring in Fisheries and Aquatic Sciences. He is an NSF REU at Toolik involved in the lake warming project. His own research project done at Toolik will involve investigating the difference in species distribution, diets, and population demographics (e.g., size dimorphism) between sets of ARC-LTER lakes (open versus closed systems).  He has been an undergrad research technician in the Fish Ecology Lab since 2014, and has participated in various projects including research on bluehead sucker in the Weber River and native cutthroat trout populations in Central Utah. He plans on returning to Utah to finish his degree in the spring 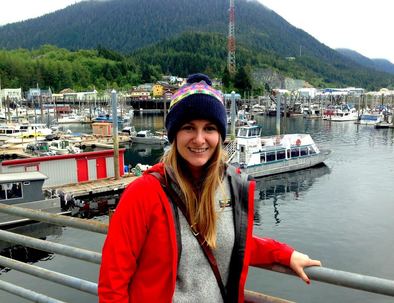 Research Technician (in '17): Kristen Rathbun
​
Kristen graduated from Purdue University in 2014 with a degree in Environmental Engineering, though her main interests lie in water resource conservation. In her spare time, she loves to travel, make pottery, and spend time on the water, whether it be sailing, kayaking, or swimming. As an undergrad, Kristen spent half a year in Australia, researching the effects of carbon storage on rainforest ecosystems. Since then, she has interned with the US Department of Agriculture, volunteered with habitat restoration along Lake Michigan, and most recently worked at the Brookfield Zoo near her hometown of Chicago, IL where she tested and analyzed water samples for all of the aquariums and water bodies within the park. Kristen is excited to spend the summer in Alaska, helping to research the changes happening within aquatic ecosystems in the arctic.
https://www.linkedin.com/in/kristenrathbun/ 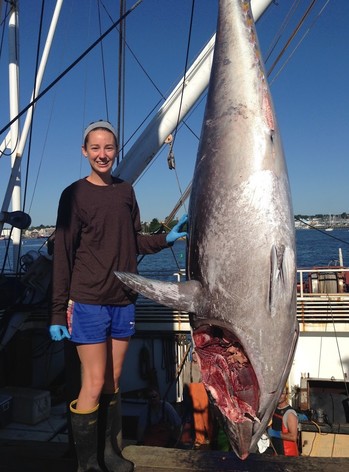 Erin graduated from the University of New England in 2016 with a Bachelor’s degree in Marine Science. While at UNE, she worked in a shark and fish research lab where she had the opportunity to work on various research projects ranging from assessing the discard mortality of sea scallops in the commercial scallop fishery to analyzing reproductive hormones in sharks. After graduating, Erin worked as a field technician for the University of Maine collecting biological samples such as otoliths and muscle tissue samples from Atlantic Bluefin tuna to be used in age and growth studies and reproductive hormone analysis. She also worked for the Virginia Institute of Marine Science where I was part of a team that conducted at-sea surveys along the East coast observing the distribution and abundance of scallops. She is now excited to join the lake warming team and participate in some great science up in the Arctic. 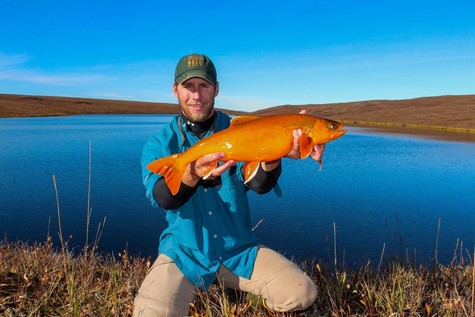 Stephen is a Ph.D. candidate in the Department of Watershed Sciences at Utah State University (advised by Dr. Phaedra Budy) and he has played a key role in the development and drafting of the funded lake warming proposal and collected integral pre-warming data. Following his Master’s and postgraduate research at Utah State, Stephen began his current research based out of Toolik Field Station in 2013. His Ph.D. research uses field observations (including extensive LTER data), laboratory experiments, and modeling approaches to better understand the direct and indirect effects of climate warming on arctic fishes and lake ecosystems.
http://stephenklobucar.weebly.com 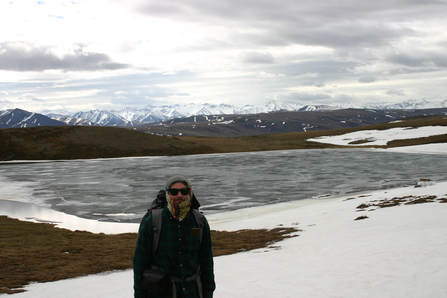 Ryan is a Utah native and is currently an undergraduate student in the Fisheries and Aquatic Sciences program at Utah State University where he has been involved in undergraduate research in the Fish Ecology Lab. His recent research project dealt with the spatial and temporal variations of sculpin diets in Logan River, Utah. Other lab work that Ryan participates in includes enumerating zooplankton, prepping stable isotopes, and conducting gut content analysis on fish diets. He is currently an NSF REU with the lakes group at Toolik Field Station where he is assisting graduate student Nick Barrett with summer experiments and the on-going lake warming project. His REU research project will consist of characterizing the macroinvertebrate and fish communities on a set of open lakes that flow into Toolik. This research will be paramount to upcoming LTER experiments that include closing off one of the open systems. In his free time, he enjoys fishing, backpacking, and trail running. 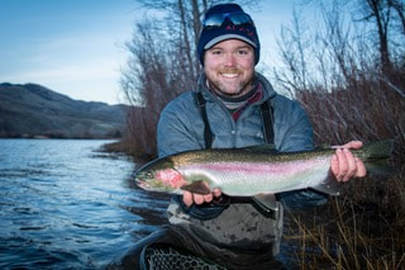 Tyler is a senior at Utah State University majoring in Fisheries and Aquatic Sciences. He grew up in Wisconsin where he gained a love for fishing, joining his dad and grandpa on countless trips. This led Tyler to pursue a path within the fisheries sciences. He has conducted two research projects while at USU within the Fish Ecology Lab. One project investigated the morphometric differences among Arctic Char in Arctic lakes on North Slope AK, while the more recent project investigated the utility of using spines for age analysis of Walleye in Willard Bay, UT. Tyler is joining the lake warming team primarily to assist in logistics and equipment operation; however, he also plans to conduct a population estimate of slimy sculpin using mark-recapture within some of the projects study lakes. 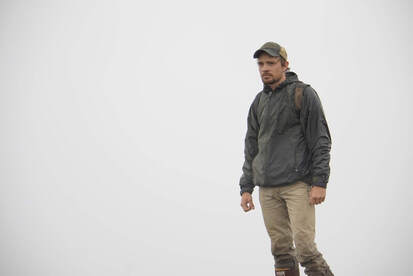 Justin graduated in 2019 from Utah State University with a BS in Fisheries and Aquatics Sciences. Growing up in central Utah offered him the opportunities to develop interests in hunting and fishing along the Wasatch Front of the Rocky Mountains which led to his desire for a fisheries degree at Utah State. Previous  work experiences include holding positions as a fisheries technician with the Utah Division of Wildlife Resources and laboratory technician in the Fish Ecology Lab at Utah State. Related to this project, Justin's primary responsibilities include logistics and equipment maintenance and continuing a mark-recapture study in order to estimate the abundance of Slimy Sculpin in our study lakes. 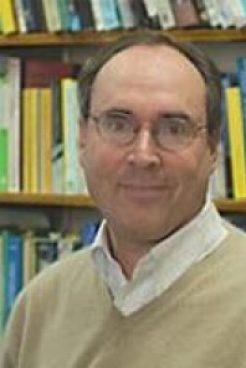 George is a professor in the Department of Ecology and Evolutionary Biology at the University of Michigan. He primarily studies aquatic ecology and biogeochemistry, and his research has focused on carbon and nutrient cycling, on using stable isotopes to understand trophic interactions, and on the integration of lakes and streams in a landscape context. His recent research has examined the role of microbial diversity in ecosystem function. He has worked internationally on arctic lakes and streams for approximately 25 years, and on tropical lakes in Africa. www-personal.umich.edu/~gwk